Few weeks ago I stumbled upon some topic on one of FPV forums about checking frequency, spectrum, antennas etc. I realized that people are using cheap DVB-T tuner based on Realtek RTL2832U chip as spectrum analyzer, SDR (software defined radio) and even as osciloscope.
There were many situations in my hobby when this brilliant device could help a lot. This discovery was so hot, so I decided to buy such usb dongle ASAP, even at slightly bigger price (55zł ~ $16) than directly from China. I found it in one shop in my town and next day I became happy owner of this tuner 🙂

This is Lifeview LV5T Deluxe (branded as NOT ONLY TV): 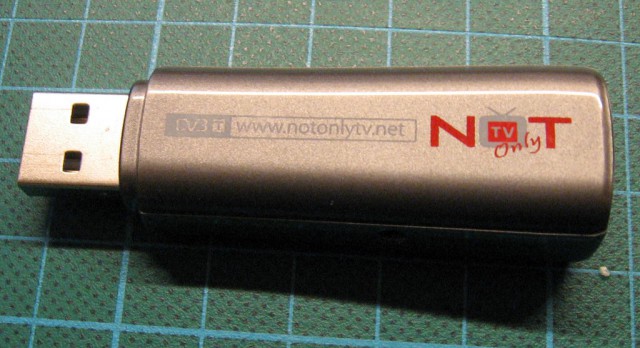 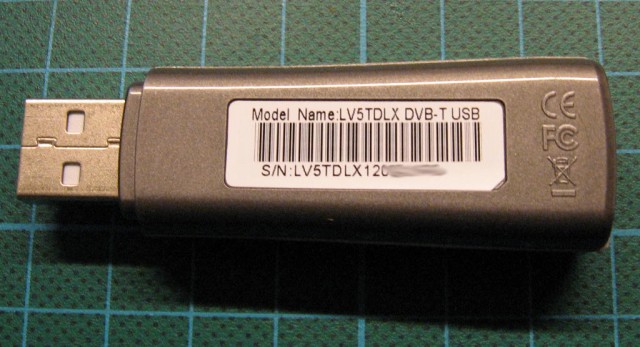 To be clear: I use Linux 🙂
First step was to download and install rtl-sdr library from http://sdr.osmocom.org/trac/wiki/rtl-sdr . In this package there are also ready made udev rules to install, so root access is not required later for using it.
On this web page one can find also links to some related projects using this library.
Next step was to get pyrtlsdr library for Python as most of these project are written in that language. After installation of few more dependencies as wxPython, numpy, matplotlib etc I started testing software 🙂 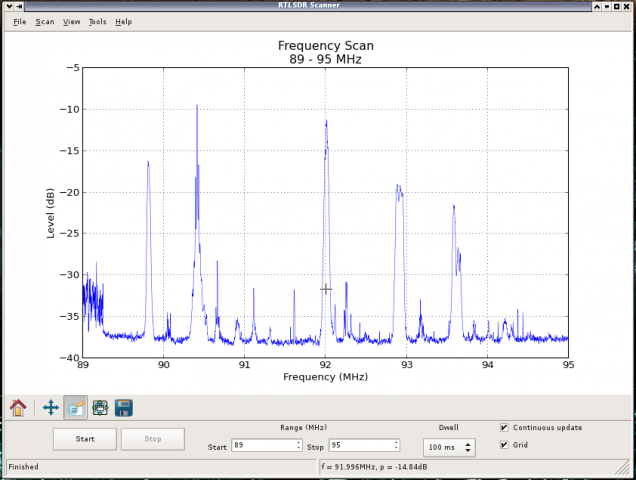 Easy to operate, with zoom but capable to scan only within range of whole MHz, so scan in narrower range than 1MHz is not possible (you could zoom, but it doesn’t enhance frequency resolution).
So, it was quite good, but I needed more 🙂

Waterfall applications is a real power of computerized spectrum analyzer!
This very easy Python script is more than useful.

For example, scan of commercial FM radio frequencies – all in one:

And situation when waterfall shows it’s power – 433MHz ISM band scan with some devices transmitting only during small window of time (on the left it’s probably wireless sensor for weather station): 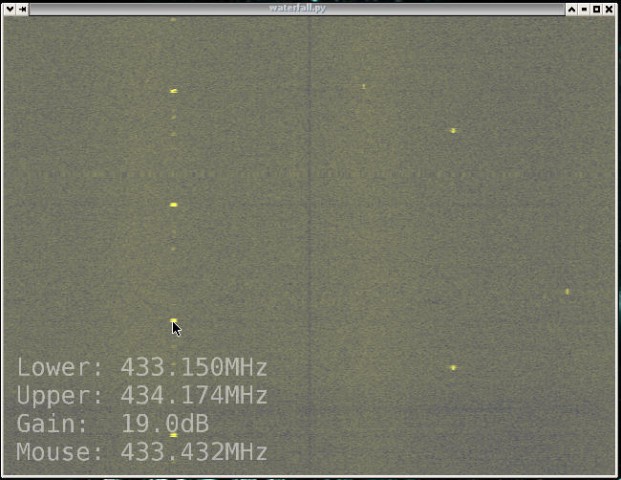 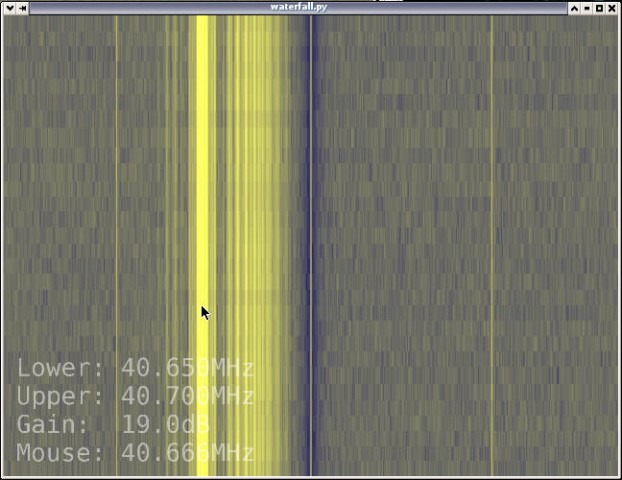 You could select and measure frequency range, make pan and zoom (but on lower frequencies application crash during zooming), change sesnsitivity of tuner to remove clipping and additional strips caused by this.

Yes, you are reading right: Audacity – well known audio editing program. I made a little patch (not perfect) to allow change sample rate up to 10MHz because default maximum was 100kHz and typical rtl-sdr sample rate is about 2MHz, so selection tool and fft features are not working correctly.
Using rtl_sdr utility from rtl-sdr library, I dumped raw samples near desired frequency and then I imported it as raw 8 bit stereo samples into Audacity. Below are results:-)

My 35MHz transmitter on 71 channel. I have little problems with range on this channel and this picture shows why: 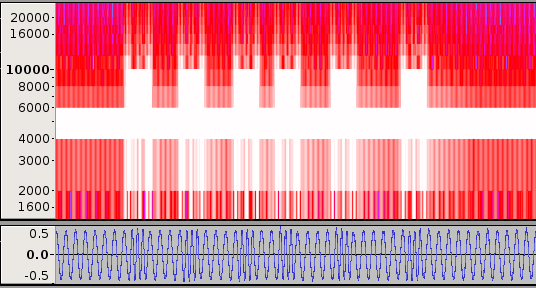 On this image you can see:

Using quartz for 63 channel it works much better from my experience and below is proof of this: 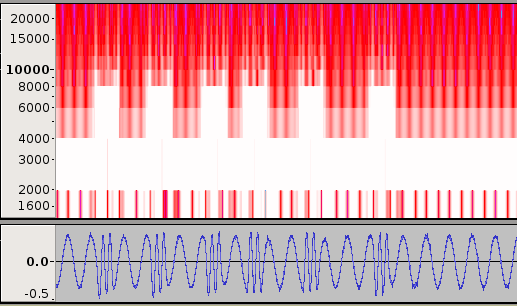 Shift from base frequency is less than 3kHz, so it’s better than on 71 channel.

Very tempting looks SDR# (available also on Windows) but require a lot more weird dependencies, so I put it for later.
But I’m sure that this topic will return some day with more new cool informations 🙂